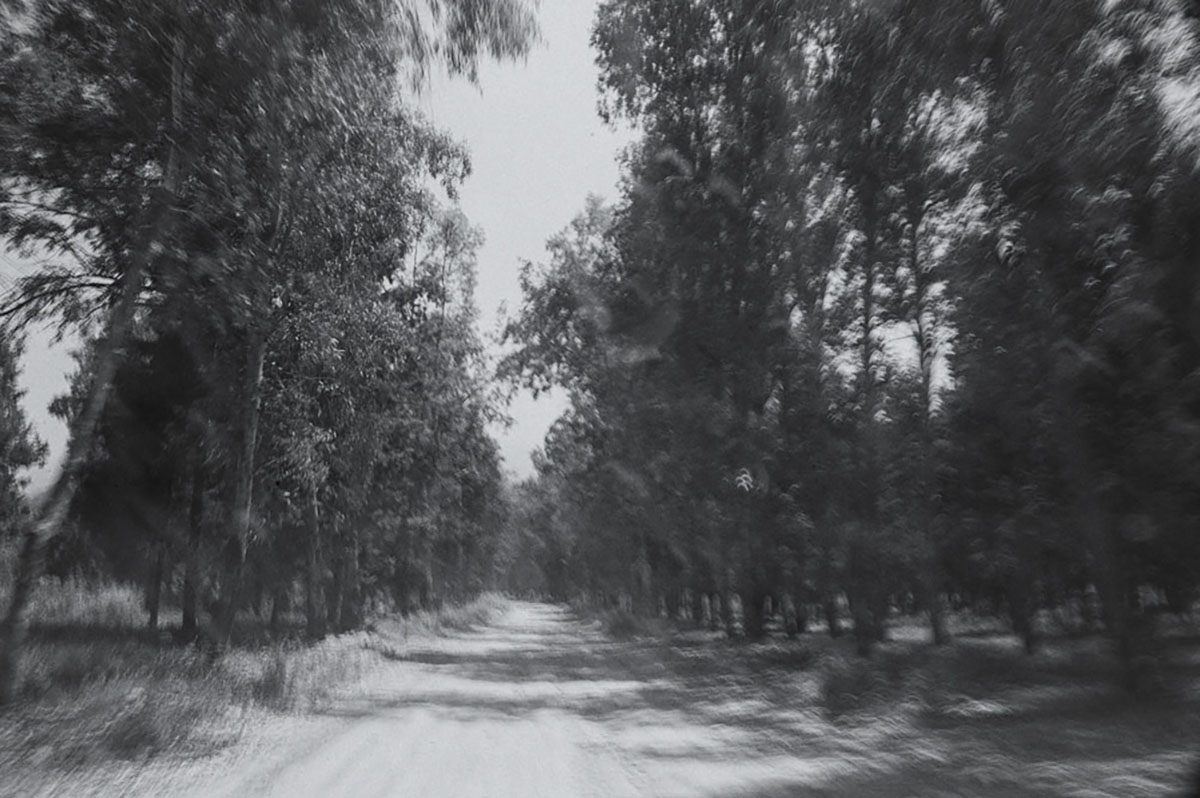 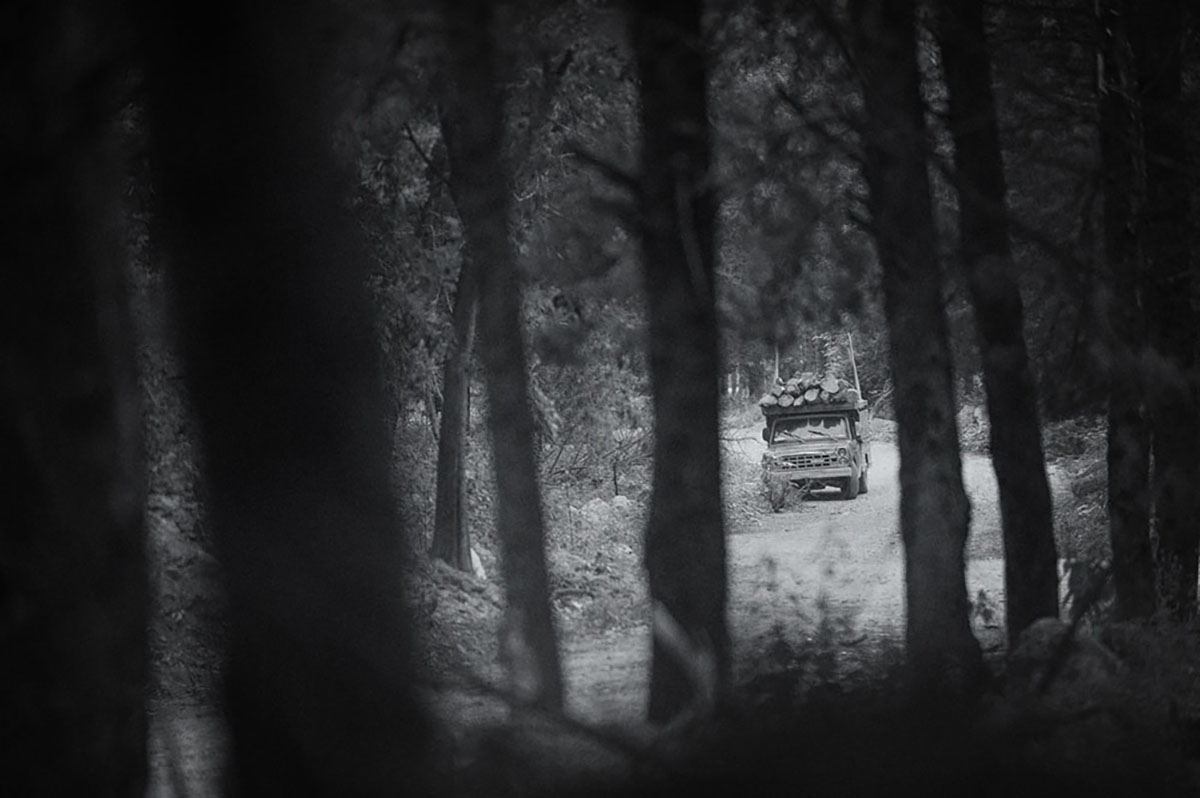 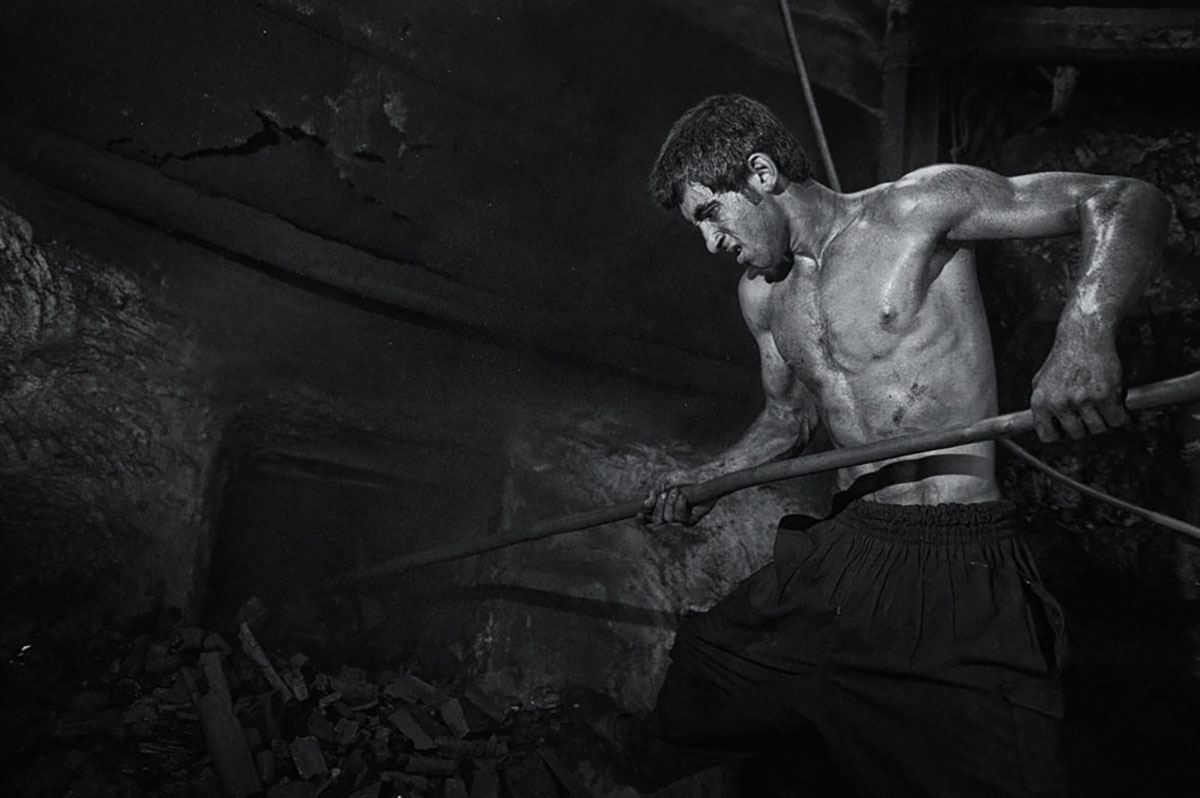 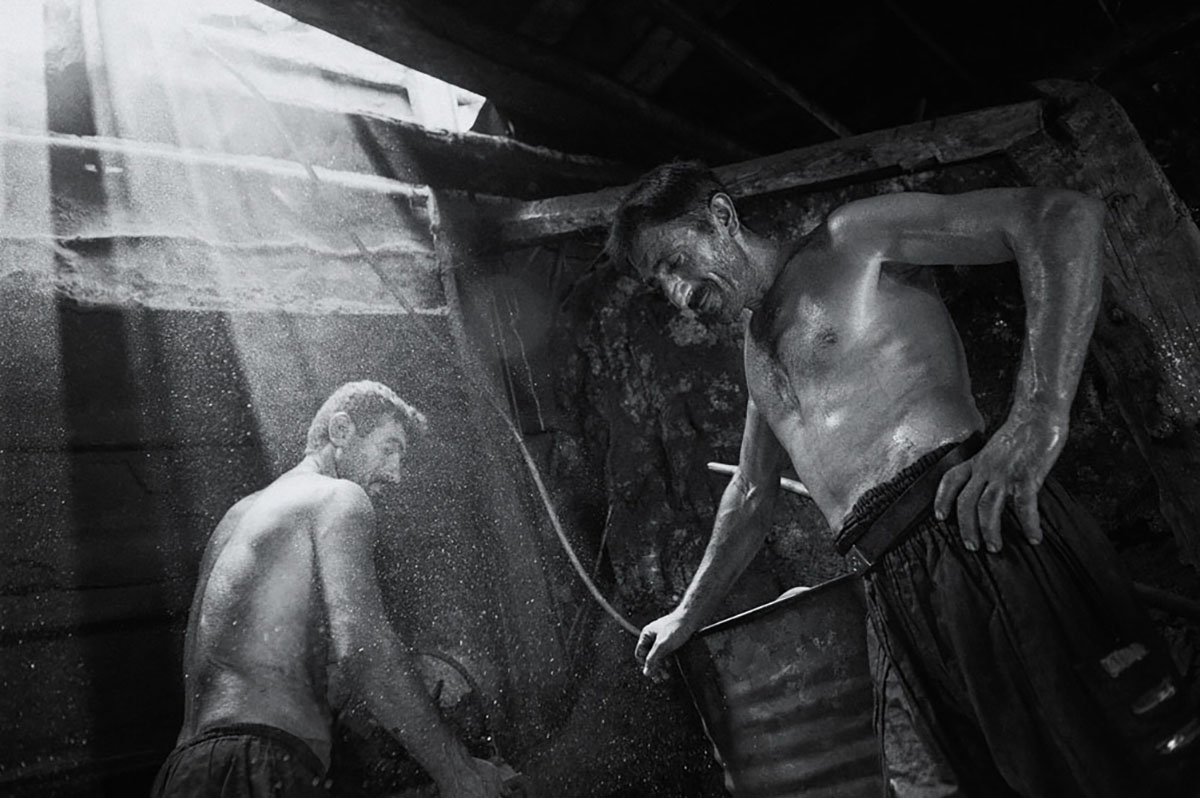 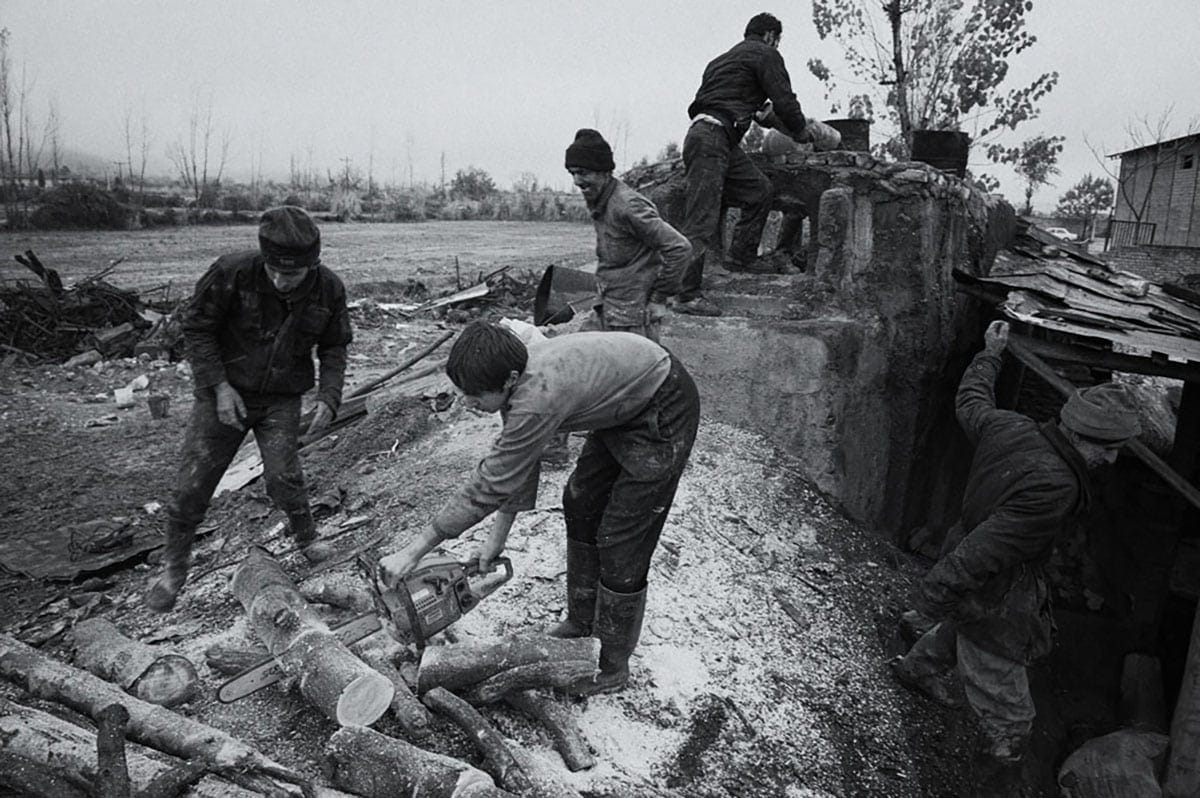 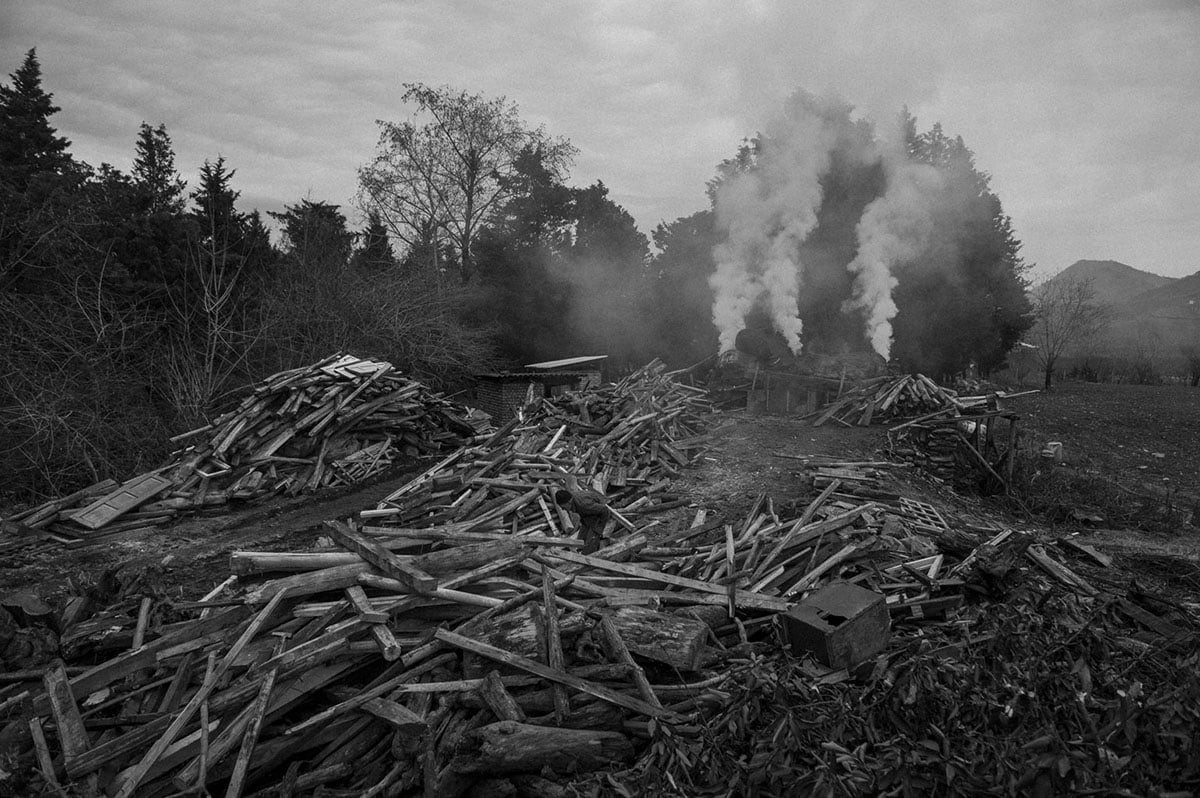 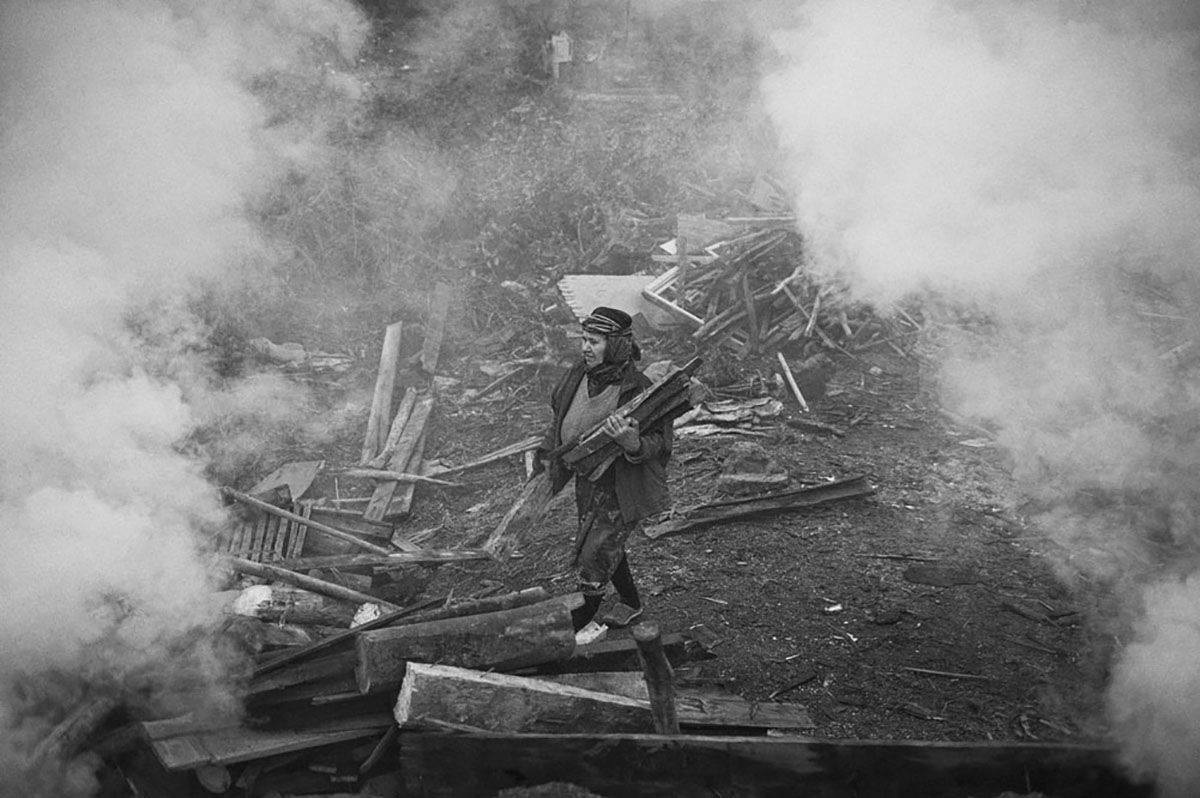 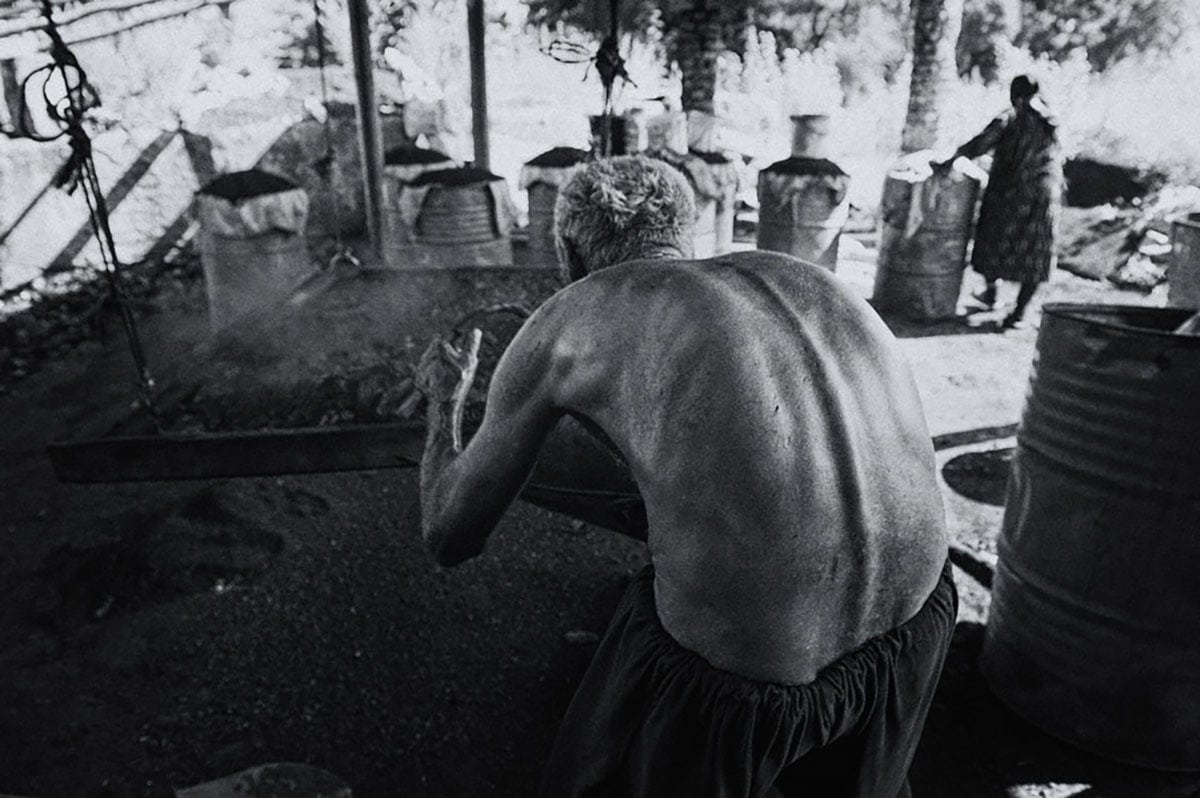 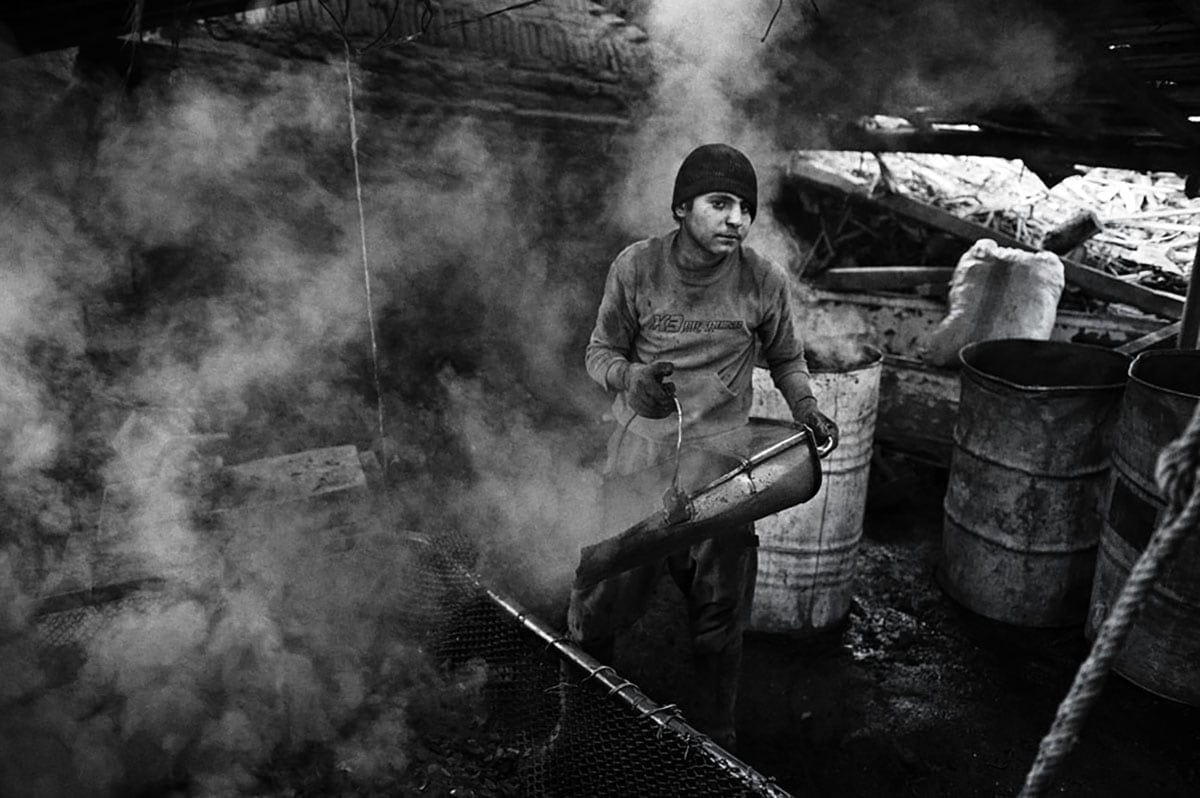 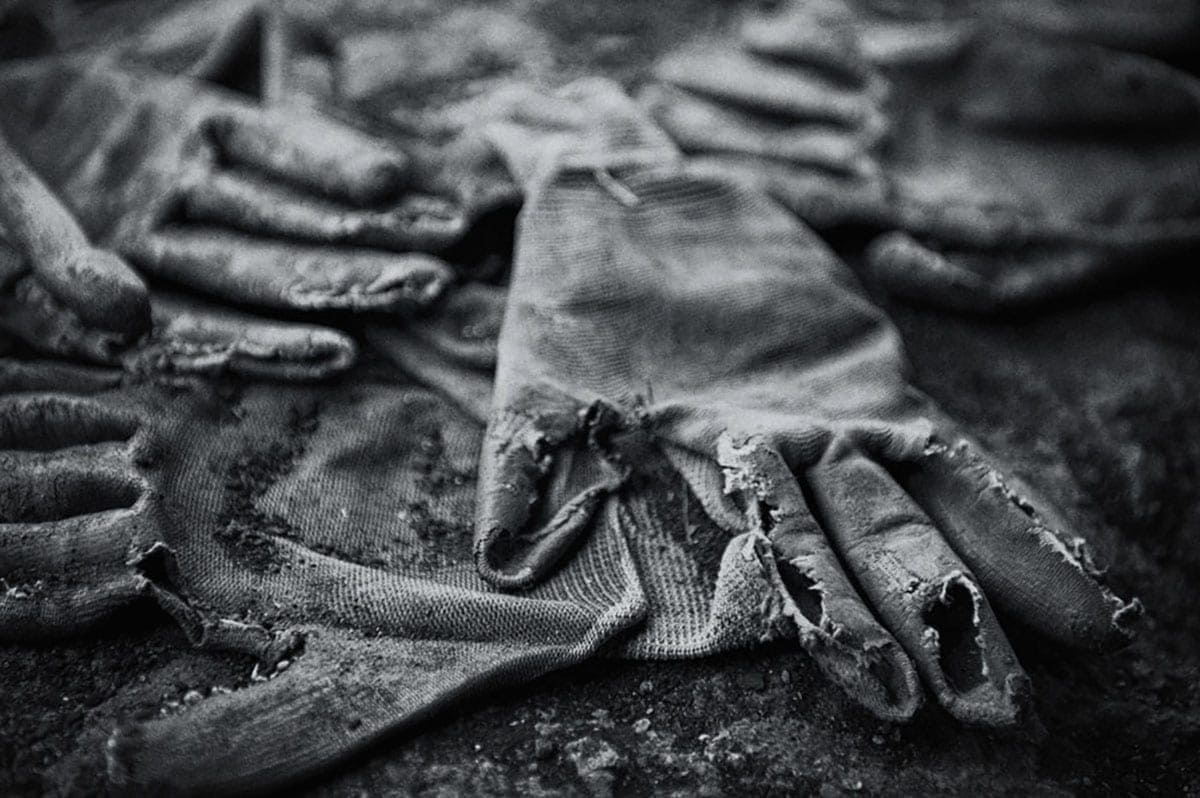 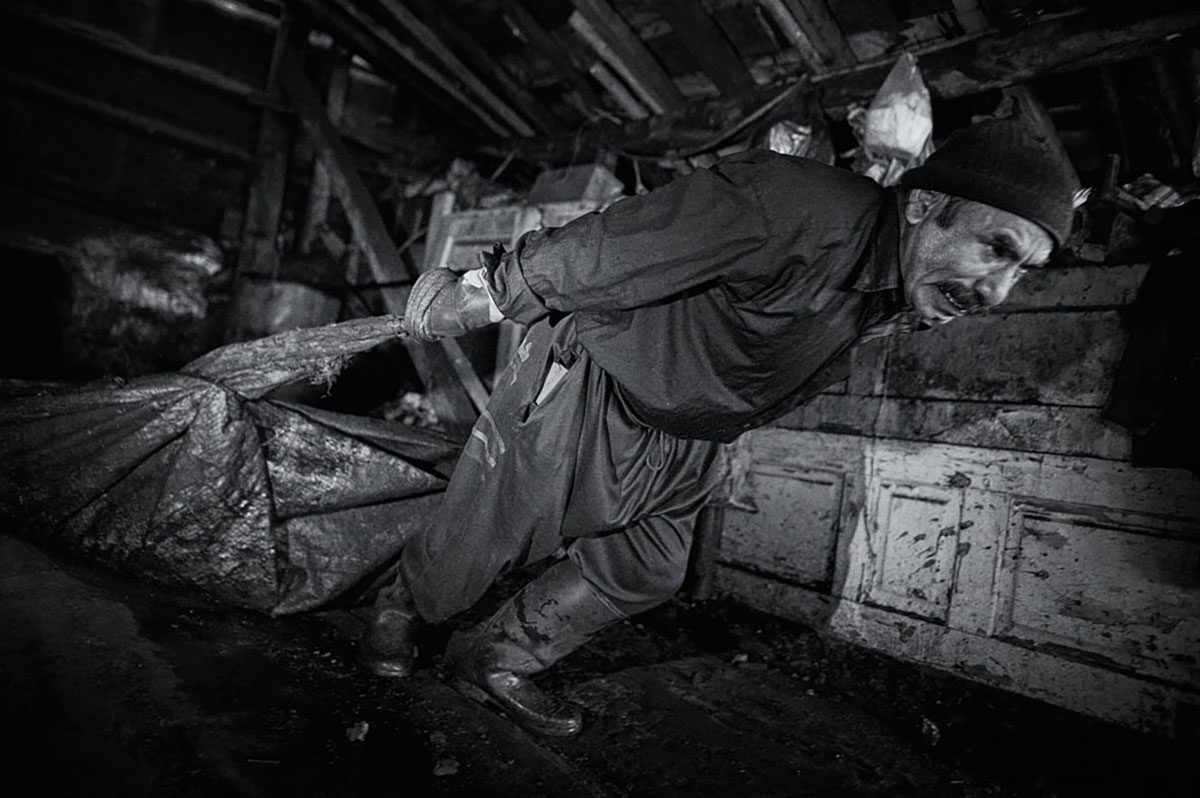 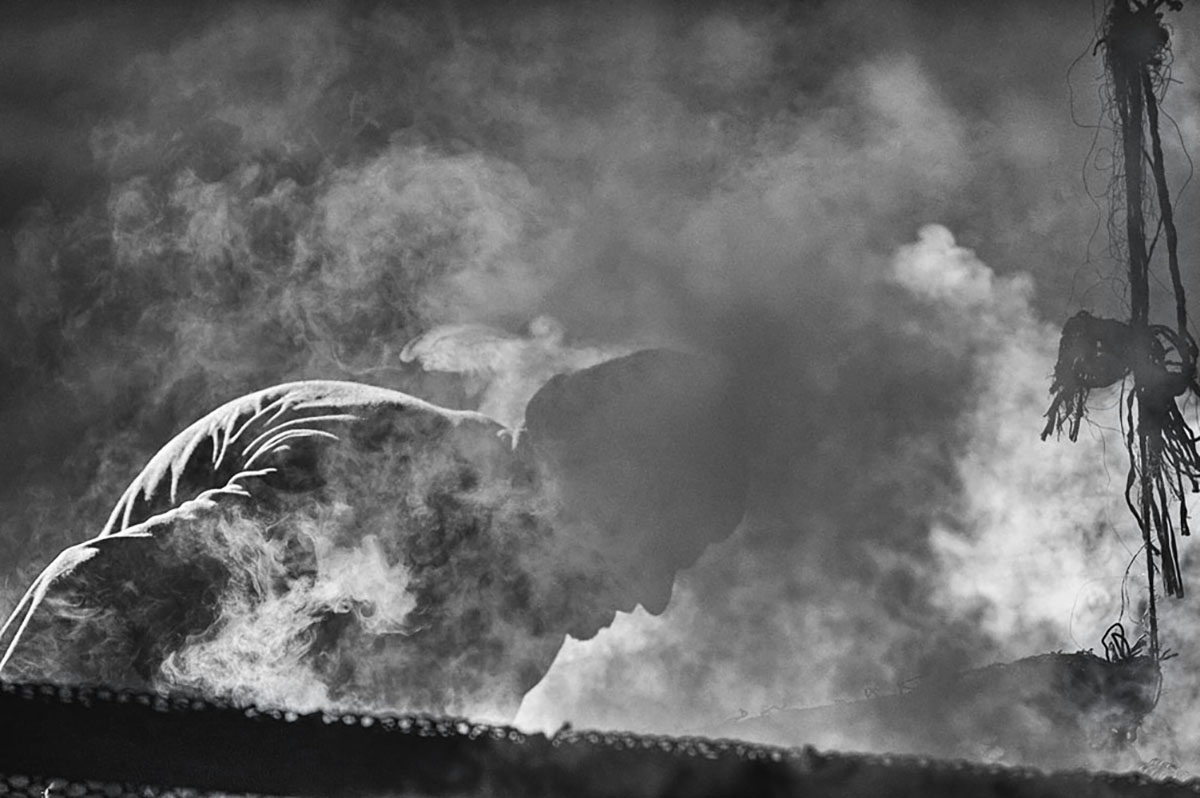 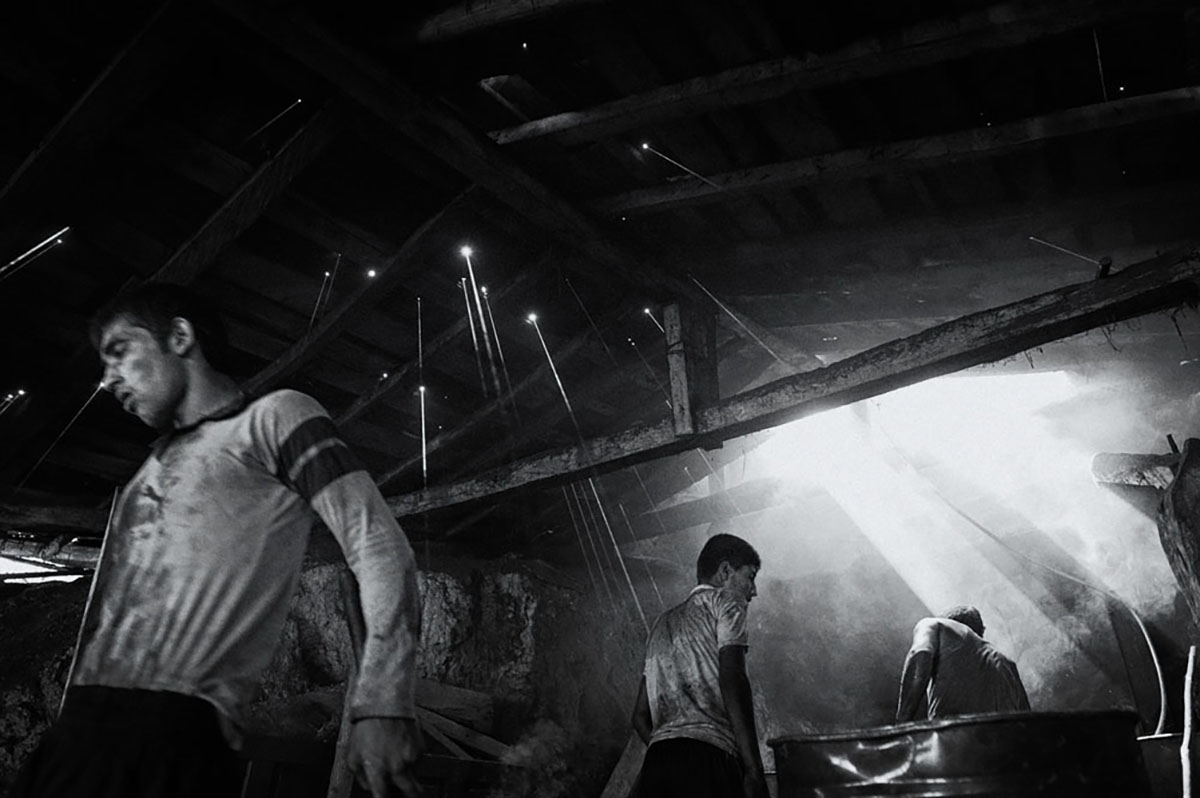 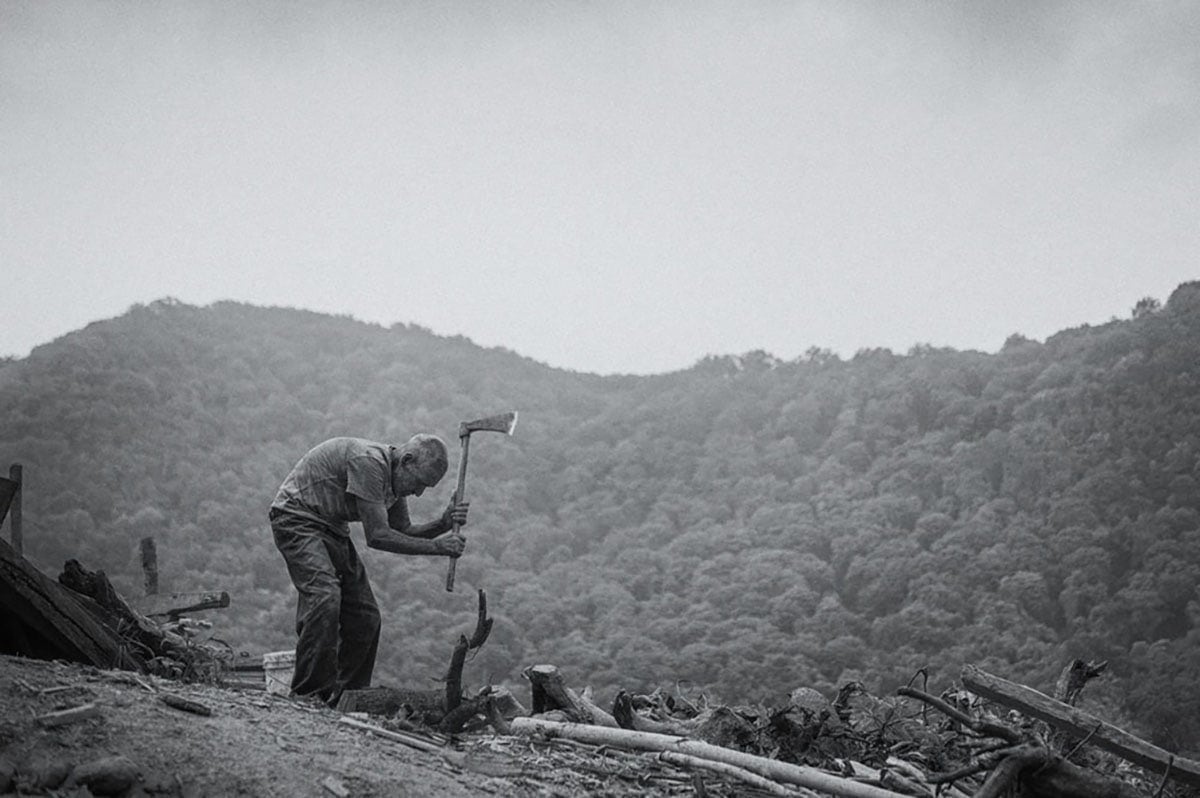 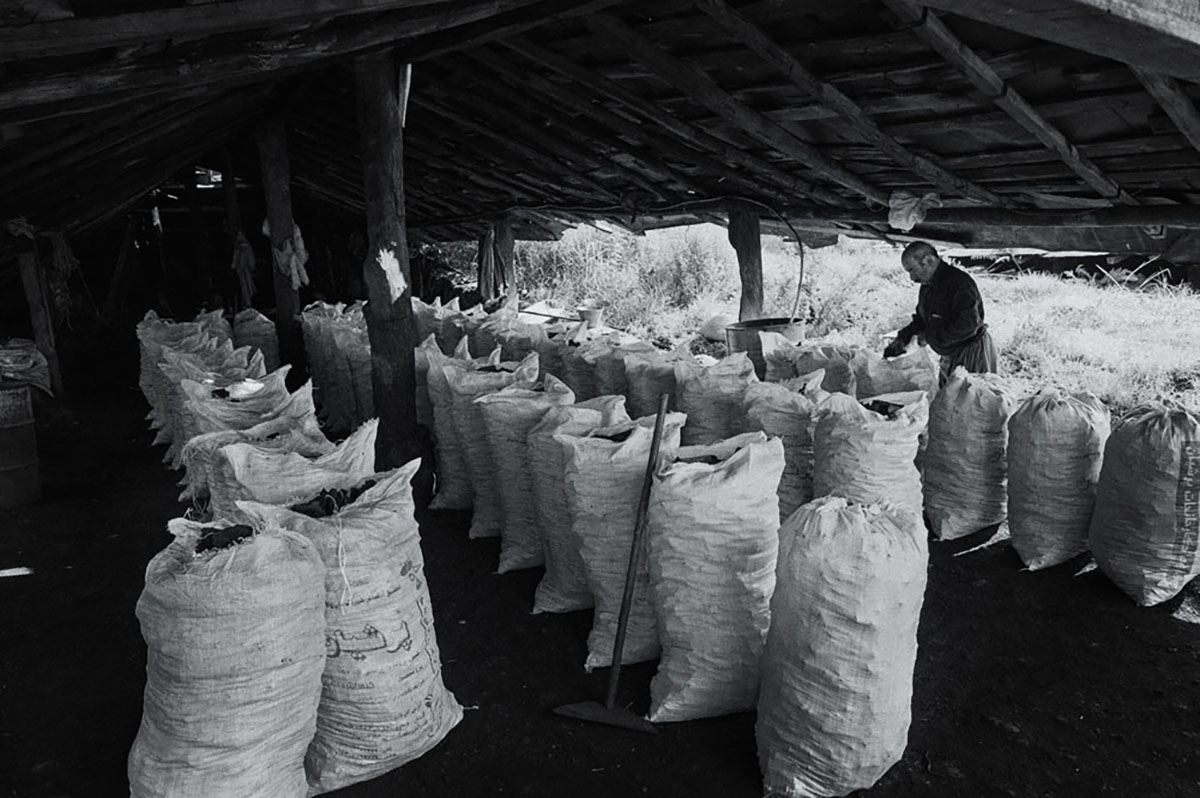 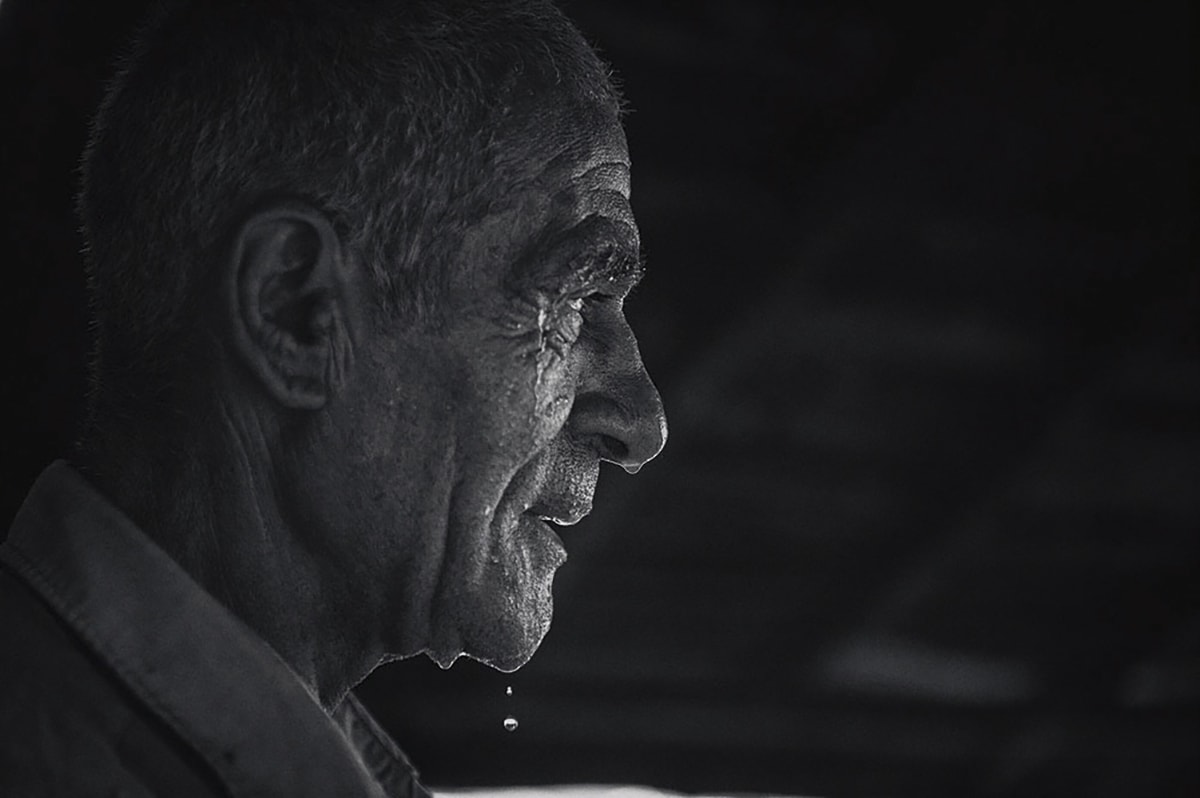 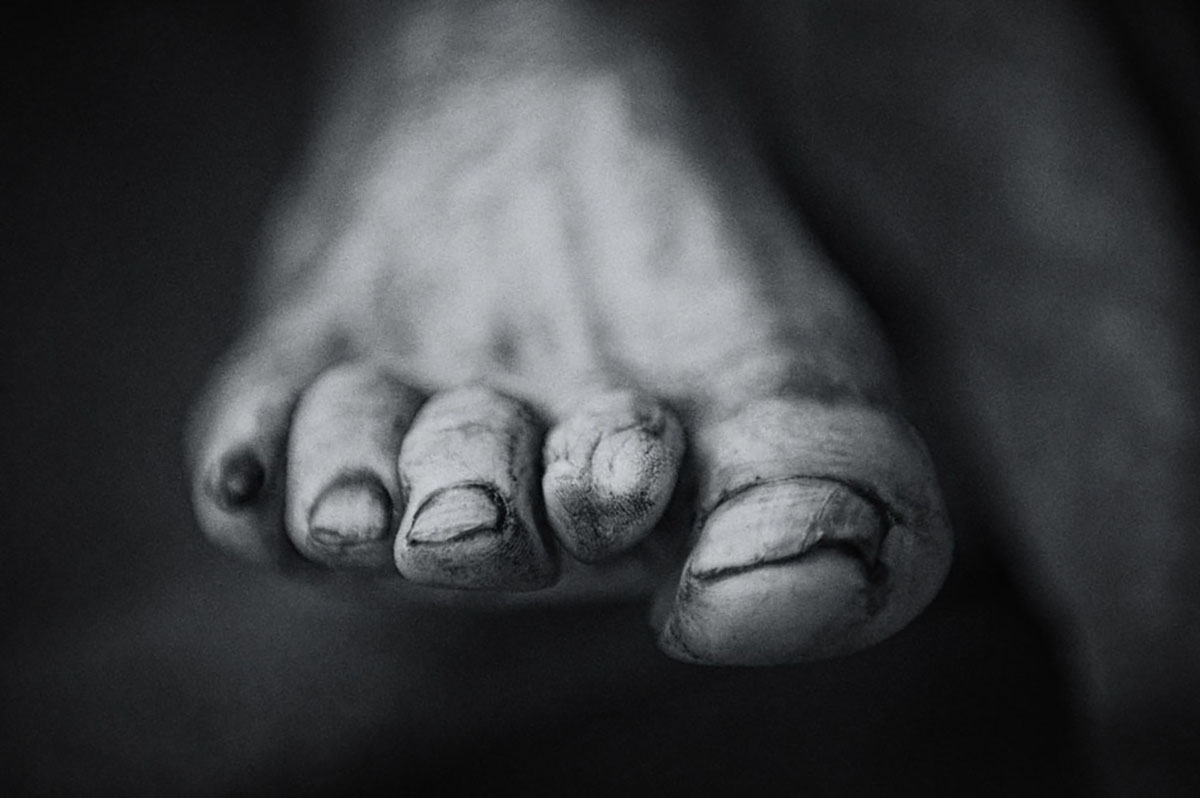 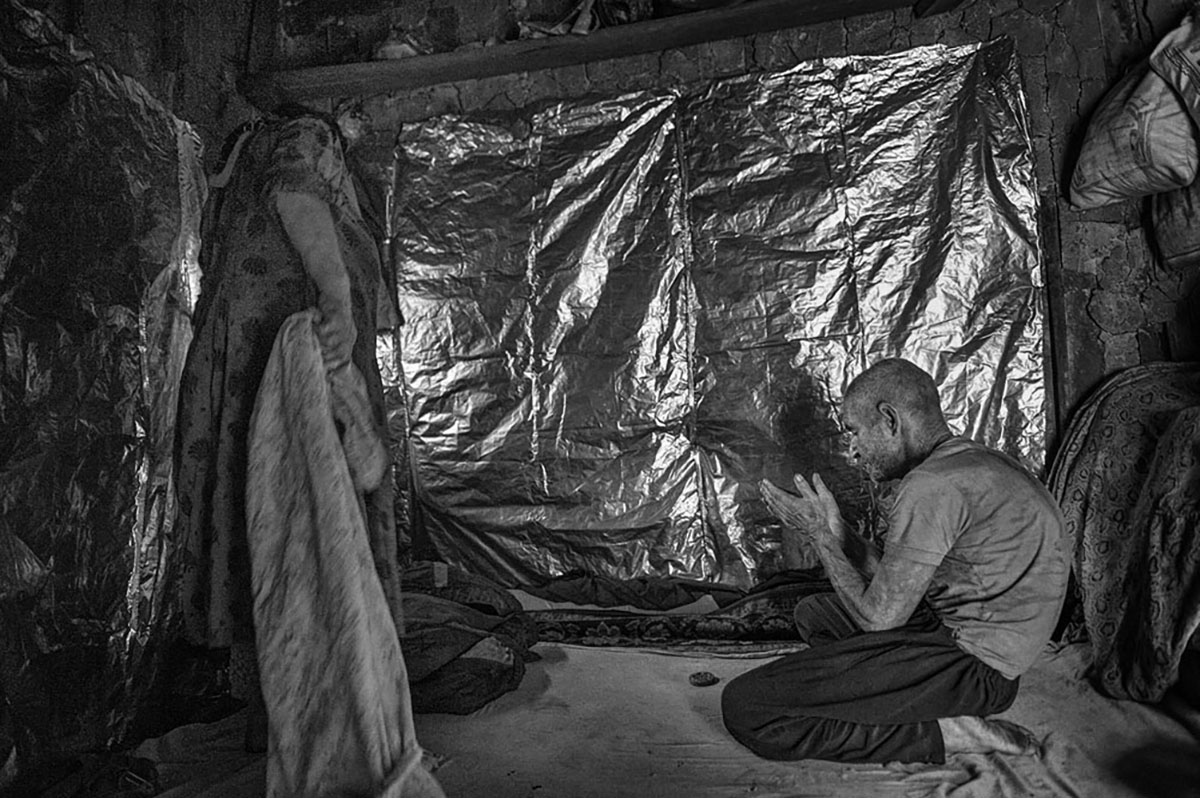 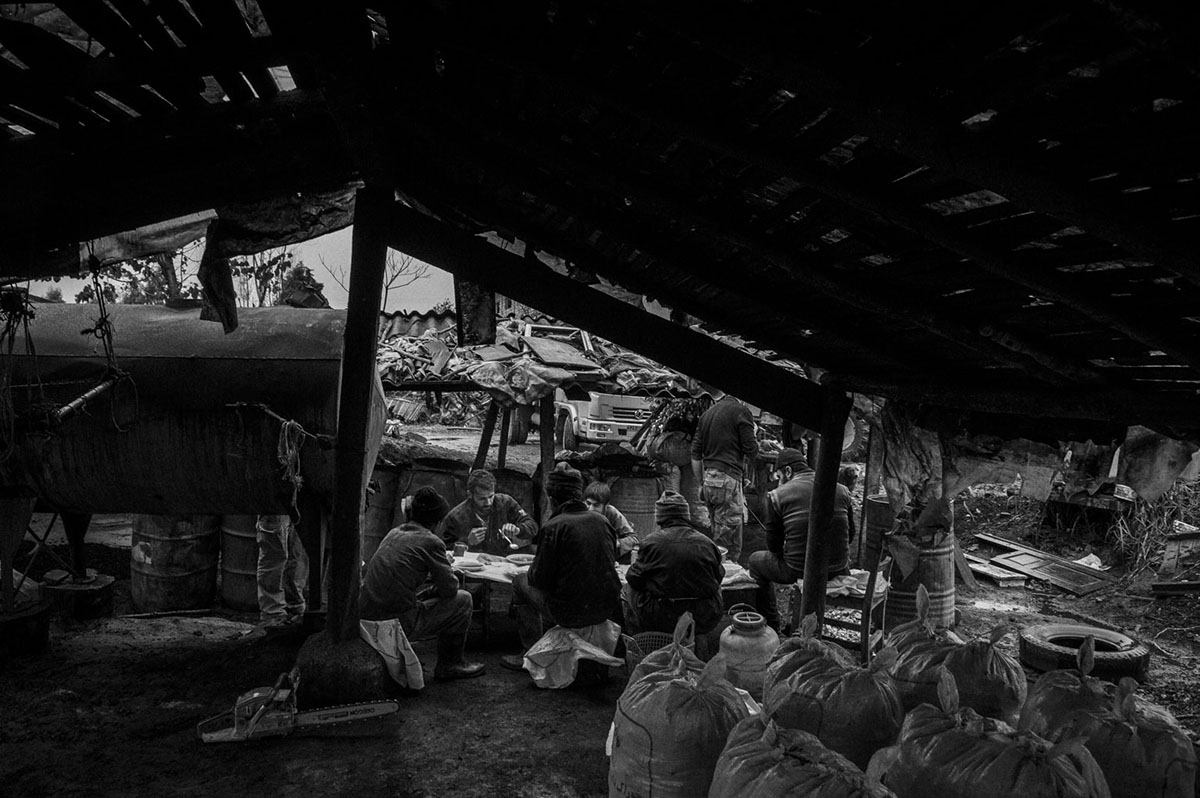 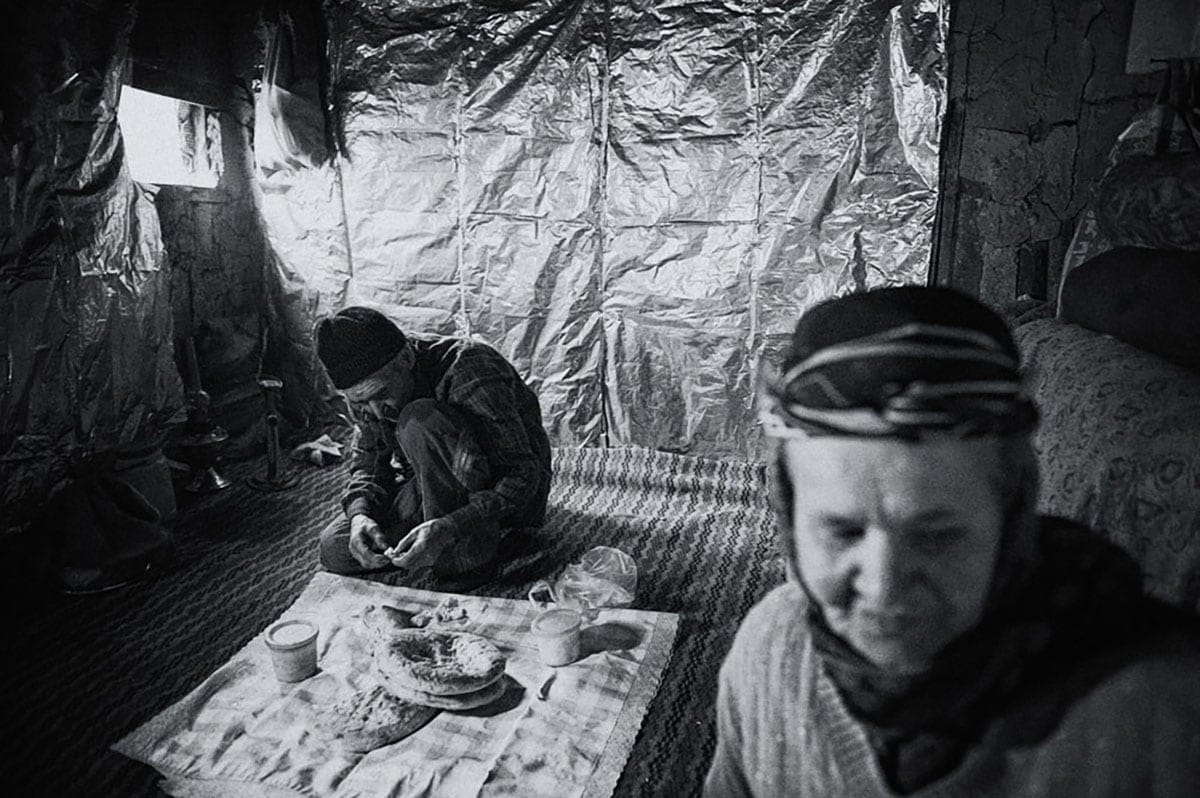 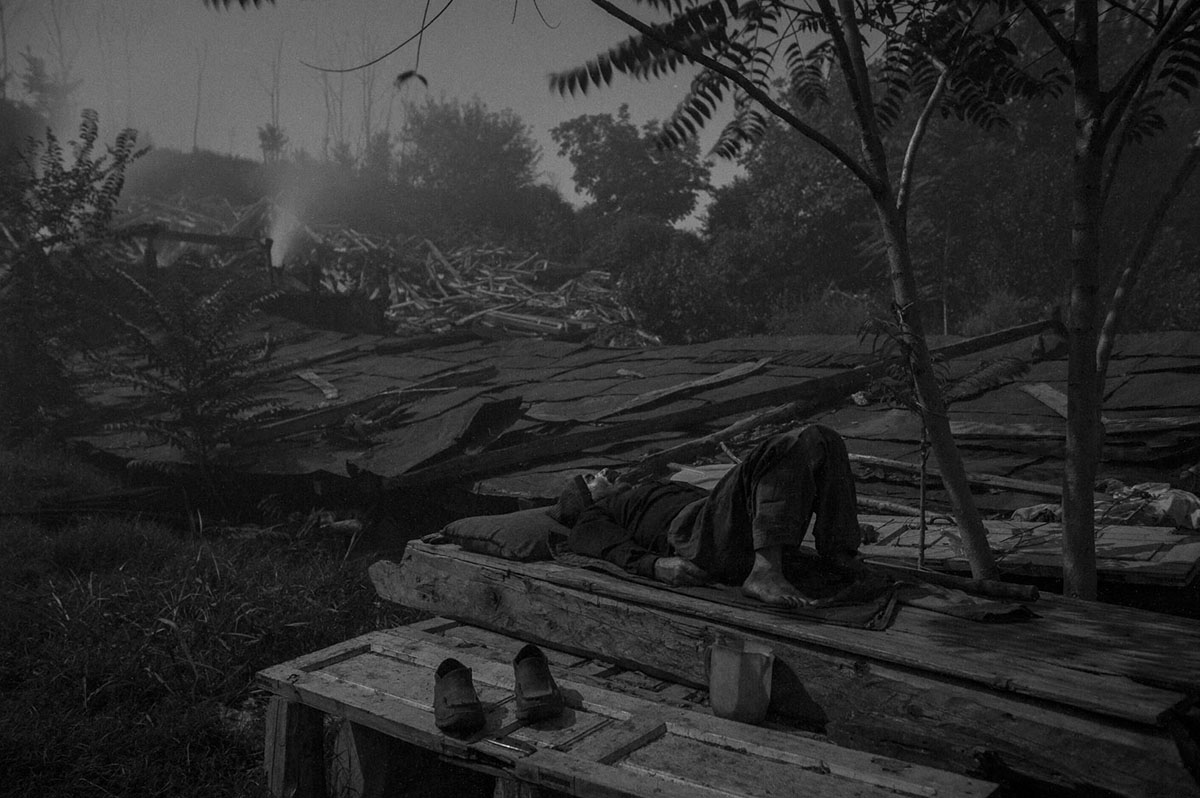 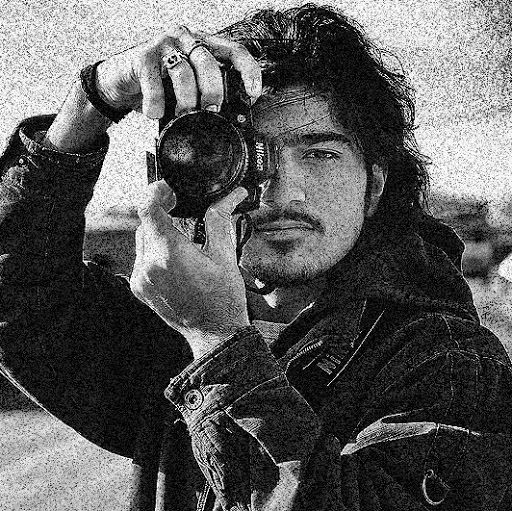 In the Northern part of Iran, Coke Oven workers still practice traditional methods. Workers carry and split wood by hand with rudimentary tools in order to produce Coke Fuel. They then spend hours standing in front of high temperature ovens stocking the fire. During the warm season, temperatures can reach as high as 60°C. Also, regardless of age or gender, entire families have to work together–I have seen a family of Coke Oven workers where an eight-year-old child worked alongside a seventy-five-year-old man—shoulder to shoulder stocking the fire.

During these journeys, while I traveled between Coke Ovens, I saw damaged bodies, unexpected behavior, reprisal, and a suffering nation; one with no income–or very a poor one. These remote locations in the woods, along with the nature of this job, create an unsafe environment. One which is neither for work, nor living. In this condition, the combustion process amplifies the probability of consumption, amputation, cancer, and respiratory disease. Moreover, Coke Oven worker’s income does not exceed $8.00 a day. It is very hard to survive with such revenue. Therefore, it is impossible to receive proper healthcare; as they have to pay for every single doctor’s visit, and the medicine that they need. Not only, are the ovens dangerous for the workers’ health, but they also have harmful effects on the environment of the region.

Converting from a traditional method to industrialized one could decrease job difficulties and reduce the emission of gases with high ozone depleting potential (ODP). In developed countries, governments subsidize the life of people who do tough jobs with special offers and benefits. However, it has not been considered in Iran. A country which greatly needs more consideration by the authoritative powers. The wood used for making charcoal, is the wood from demolished buildings, but in some cases illegal timber is harvested. Ovens are located in the deep forests, and in the countryside of northern Iran, due to the existence of natural resources, and heavy forestation.