Iran is a country in which music is limited to a great extent. The 1979 revolution led to bad situation for art and music society. Since the first years after the revolution, all the music activities were banned. Pop music has been regarded against law, and then rock music was treated the same. The only form of music which could be made and heard was traditional music, and revolutionary songs. The Ministry of Culture and Islamic Guidance used to filter all kinds of music.

This situation lasted till the beginning of 90’s. The only rock band in that time was named “Kouch”, which used to produce and publish music in the country style, in US. In Iran there were a few bands which made underground music, but still the situation for the rock music was not good.

During late 90’s in the reform era, the Ministry of Culture and Islamic Guidance, made golden opportunities for the music society. Pop and Rock music after years of isolation, started to be produced and were progressing so fast, but there still were many bands who worked in underground. Many concerts were held, most of which were underground, and there were just a few official ones. The Iranian youth had great interest in rock music, and many of them dreamed of being rock stars, started to imitate the 60’s ََAmerican and European rock stars. Now in the last years the limitations were again grown, and rock musicians are restricted to a great extent.

This essay is the story and everyday life of a street guitar player in Iran. Ilya Tajik is the second child of a poor family. Sociological problems and limitations, religious differences with his family, and not having any funds has led this 26 year old boy to be lonely and needy, and has made his desire of becoming a rock superstar, a distant unreachable dream. The only way he can choose is to present his art for the passersby in the city for money, so that he can travel to the land of his dreams. 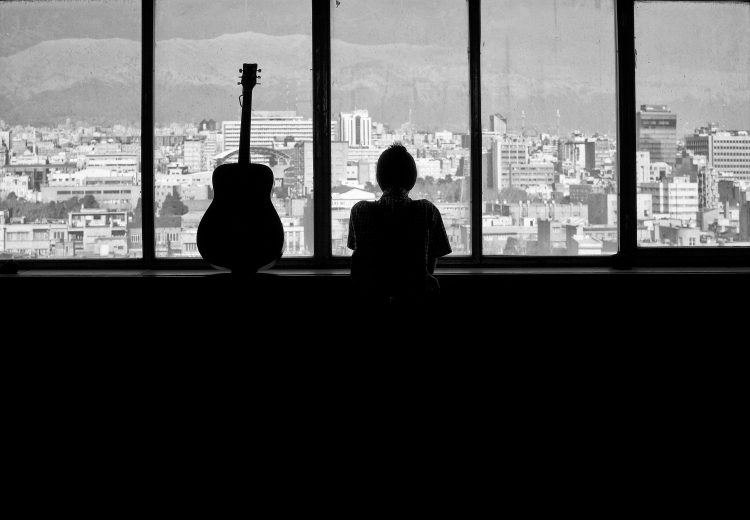 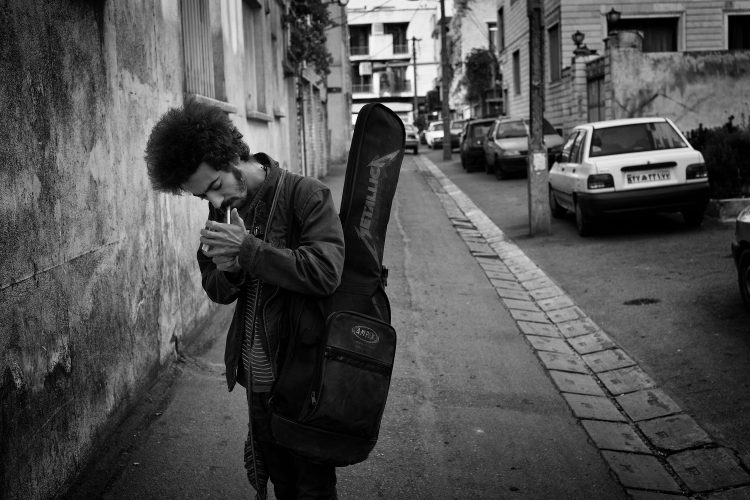 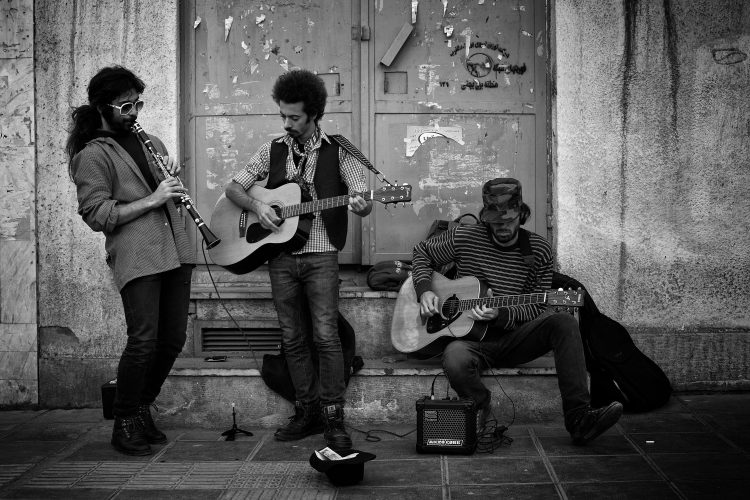 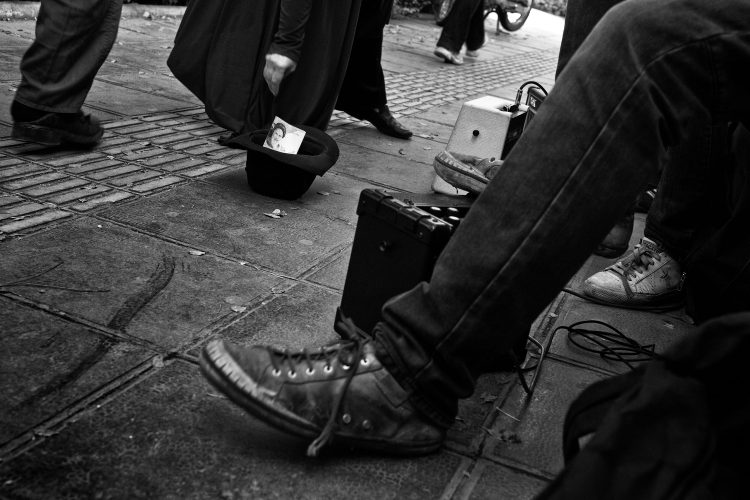 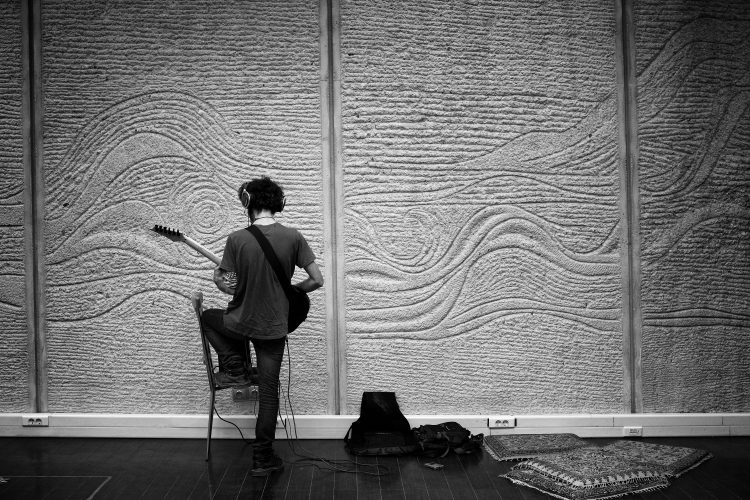 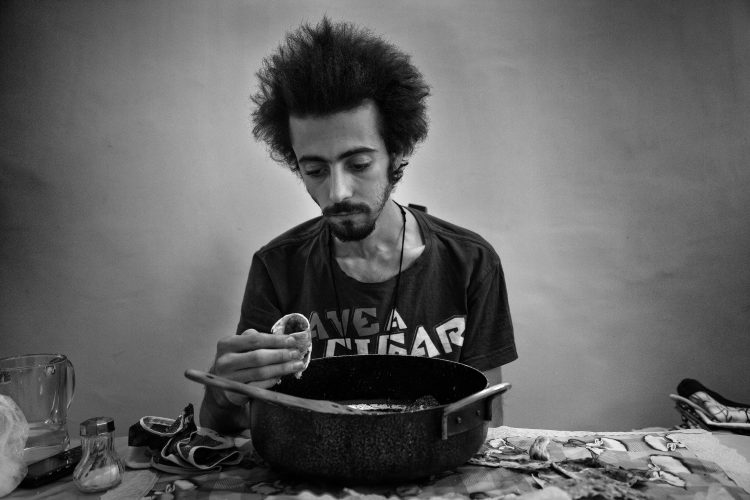 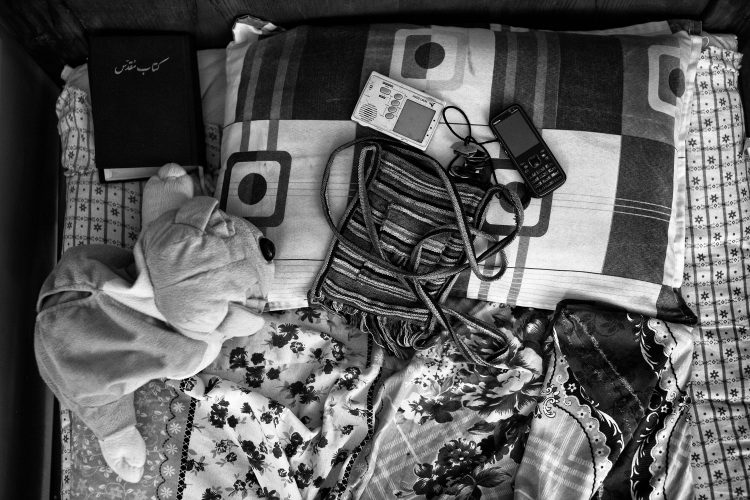 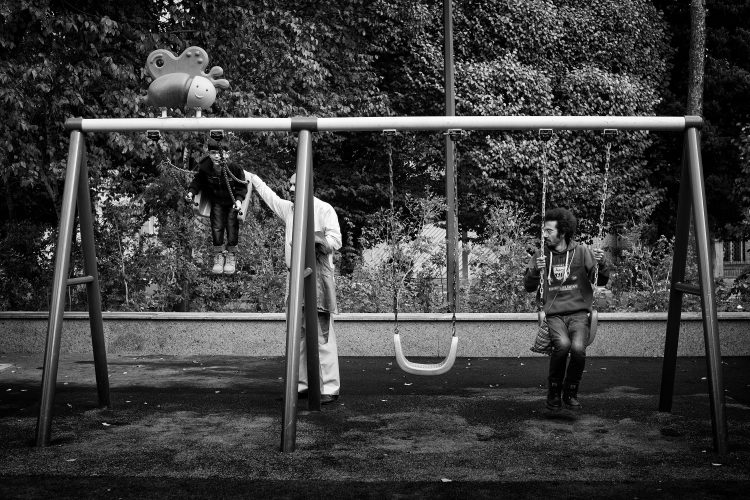 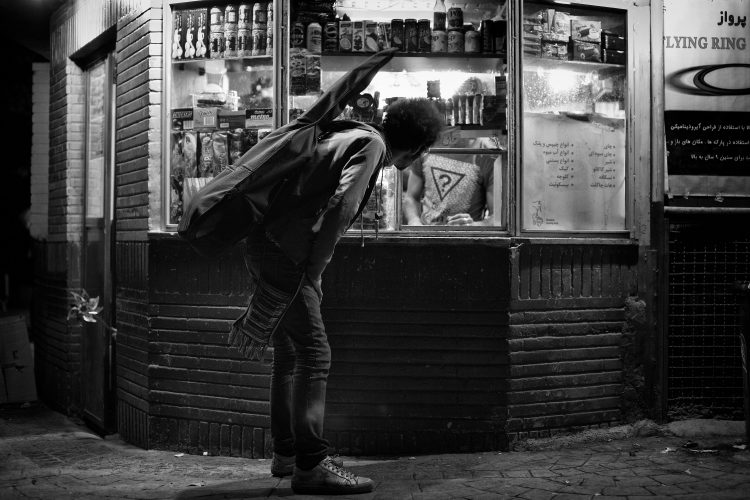 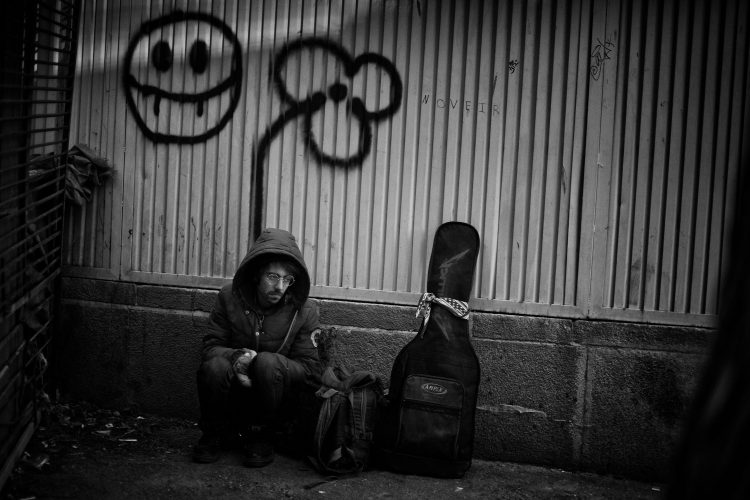 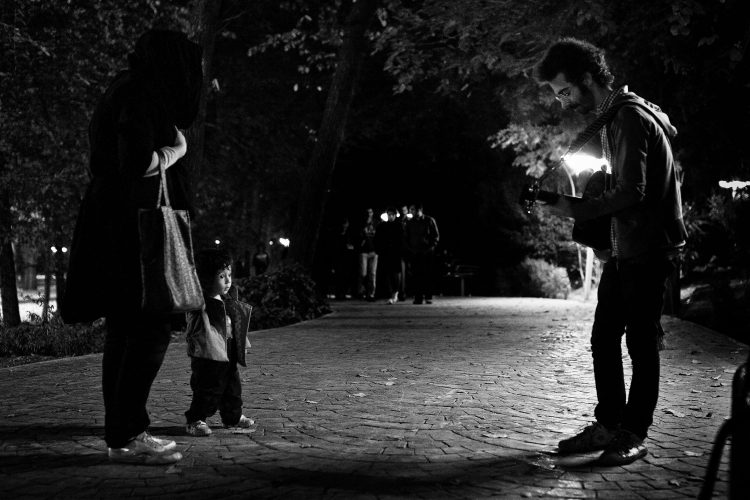